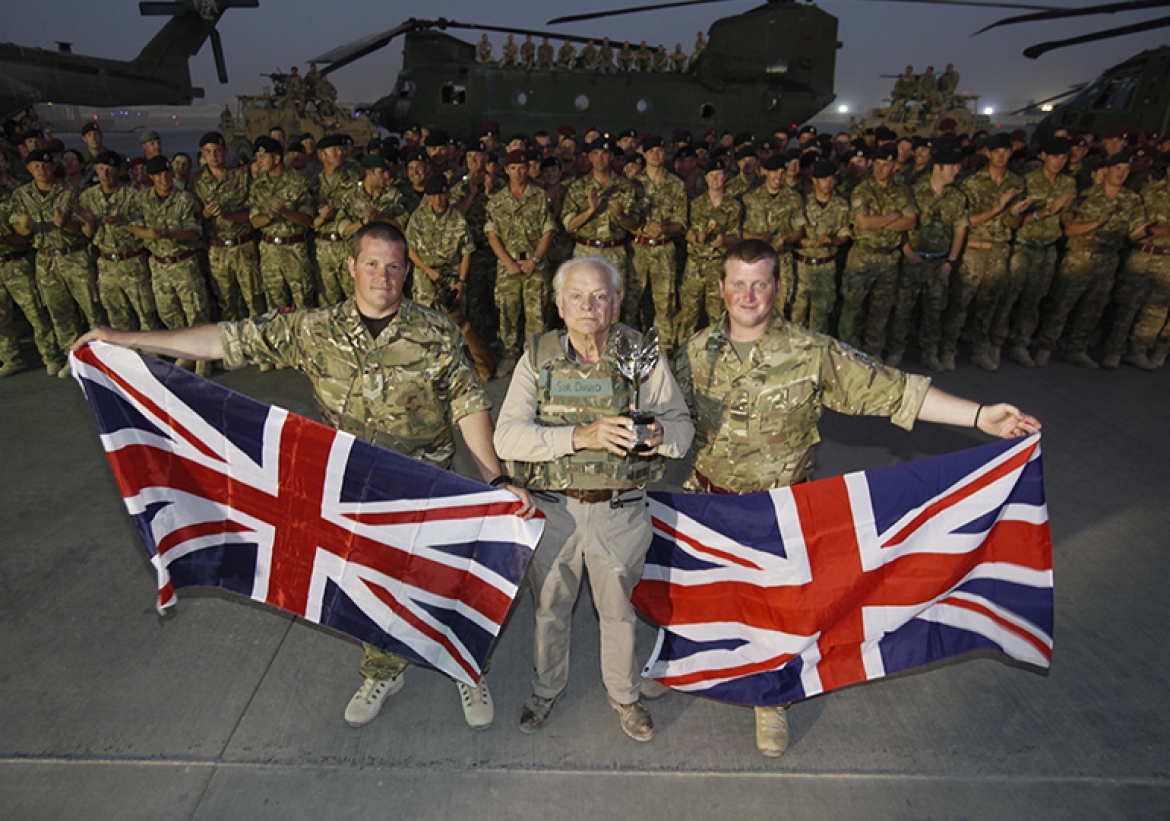 Imporvised Explosive Devices are one of the biggest threats to British and Allied forces in Afghanistan and the local population.

It is the job of the Counter Improvised Explosive Device Task Force (C-IED TF) to try and combat the devastation wreaked by these homemade bombs that have killed 53 British soldiers this year.

Its young soldiers risk injury and death daily to find and defuse the lethal devices planted by the Taliban - often painstakingly dismantling bombs by hand in searing heat and choking dust.

Hundreds of soldiers have served with the Task Force this year. Their work often takes place under enemy fire after they've been dropped into combat by helicopter. Theirs is one of the most hazardous jobs in the military.

Just hours before Sir David Jason arrived at Camp Bastion to present the Task Force with a Pride of Britain Special Recognition award, one of the unit was killed and four others injured by one of these bombs.

However Sapper Nath Sinclair, 22, from Penrith, who collected the award with Sgt Iain McCormack, 31, from Portsmouth, on behalf of the Task Force, insisted: "I do not consider myself brave, none of us do."

Sir David said he was honoured to be handing over a Pride of Britain award to a "most amazing, brave and dedicated team."

"How many people do we know who would set out each day knowing that any moment you could step on something that would blow you from here to Kingdom Come," Sir David said. "How can we not be proud of them."