Nominations for Pride of Birmingham 2020 are now open

You can nominate anyone of any age for a Pride of Birmingham Award. It may be for a single act of incredible courage, a long-lasting battle against the odds, or for inspirational campaigning.

Please choose what you feel to be the most suitable category from the list below. Don’t worry if you’re not sure - some nominees may fit in more than one category, so the Pride of Birmingham team will make sure all nominations are considered for the most appropriate award.

Winners will be chosen by the Pride of Birmingham judging panel, from a shortlist produced by our research team, who will consider every public nomination received.

TSB Community Partner Award
For an individual or group of people who have worked together in partnership as a force for good in their local community, improving the lives of people around them. This could be anything from supporting young people to thrive to bringing communities together to create something special. The winner or winners will have galvanised the support of the people around them to make a difference.

Fundraiser of the Year
For tireless and inspirational charity fundraising, aged 16 and over.

Young Fundraiser of the Year
To reward a young person aged 15 and under for inspirational charity work.

Emergency Services Award
For police, fire, ambulance, paramedics or air, sea or mountain rescue who have gone beyond the call of duty.

Outstanding Bravery
For adults who risk their own safety to to help others in danger.

Child or Teenager of Courage
For battling against the odds to help others, or putting themselves at risk to save someone in danger.

Lifetime Achievement
To recognise far-reaching achievement, possibly on a national or international scale.

Special Recognition
For achievements not covered in other categories, such as inspiring carers, campaigners and members of armed forces 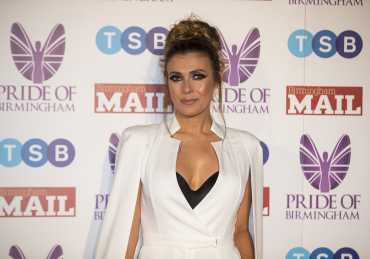 Nominate now for Pride of Birmingham 2020

I’m so thrilled to be coming back to Birmingham for the most amazing night of the year - the Pride of Birmingham Awards.
It’s the city’s most glamorous event, and I know the audience next March will be packed with famous actors, singers, TV presenters, and sporting heroes.
But just like Pride of Britain, the real stars are the winners, unsung heroes of all ages who go to extraordinary lengths to help others.
It is always such an honour to meet them, and help to celebrate their astonishing achievements.
From inspirational fundraisers to heroic members of our emergency services and courageous children and young people, they are all so different, but they all share one quality - they are hugely modest about what they have done.
And that is why we need you to tell us about them in the first place.
The Pride of Birmingham Awards, in partnership with TSB, celebrate amazing unsung heroes from the city and the surrounding area.
It’s a truly wonderful event, and I love being part of it, from the lovely warm Brummie welcome I get from everyone I meet, to the most important people - the winners.
So please tell us who you think they should be by using the form on this page, or going online, to nominate.
Perhaps you know someone who is quietly transforming their community to improve the lives of those around them, or someone who has put themselves in danger to save someone else, or an inspirational campaigner.
We are looking for amazing fundraisers, children and young people who have overcome adversity to help others, and people who have displayed heart-stopping courage in a split second, perhaps risking their own safety to save a stranger.
And of course, we honour the amazing men and women of our emergency services who go beyond the call of duty to keep us all safe.
Our team looks at every nomination we receive, before compiling a shortlist for the Pride of Birmingham judging panel who choose the winners.
As well as being honoured at the glittering awards dinner in Birmingham, all our regional winners go forward to the judging process for the Daily Mirror’s Pride of Britain Awards, in partnership with TSB.
This year, Pride of Britain celebrated its 20th anniversary. Since it began in 1999, royalty, prime ministers, and hundreds of leading figures from showbusiness, sport, politics and the arts have all taken part.
The show is broadcast every year in a primetime slot on ITV, and it has served up dozens of truly unforgettable moments, including the meeting of two global icons In 2013 when David Beckham presented a Teenager of Courage Award to Malala, the Birmingham schoolgirl who defied the Taliban and inspired the world.
Dudley’s Lenny Henry honoured Britain’s Ebola medics in 2015 after they risked their lives to save thousands.
And over the years, amazing winners from Birmingham have touched the hearts of the nation, including Teenager of Courage Moin Younis.
Nobody who saw him at Pride of Birmingham in 2017 was surprised that he stole the show at Pride of Britain later that year with his cheeky jokes to Prince William and England football manager Gareth Southgate.
And one of Pride of Britain’s most emotional moments came when Stephen Sutton’s mother Jane, also a Pride of Birmingham winner, accepted a posthumous award on behalf of her son for his inspirational £5 million fundraising campaign.
Just this year, Hezron Brown from Birmingham won Pride of Britain’s Prince’s Trust Young Achiever Award.  Hezron turned his life around to leave gangs behind, and now helps to steer young people away from violence and crime.
Right now, across Birmingham, there are similarly incredible people quietly going about their business of helping others and transforming people’s lives.
They aren’t going to shout about what they do, so you’ll have to do it for them.
If you know someone who deserves to join me on that stage in March, tell us about them, and nominate today.
However old or young they are, wherever they live, we would love to thank those exceptional people for making Birmingham a better place.
I can’t wait to meet them. 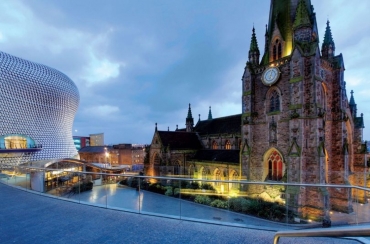 The Birmingham Mail Pride of Birmingham Awards, in partnership with TSB, celebrate amazing unsung heroes from the city and its surroundings.

We search for inspirational people from all walks of life, but the one thing they have in common is that their achievements are awe-inspiring and a lesson to us all.

Whether that’s someone who is quietly transforming their community to improve the lives of those around them, or someone who has put themselves in danger to save someone else, or a tireless campaigner.

They could be six or 106 - heroism has no age barrier - and they could have changed one life, or changed the world.

The 2018 Winners, chosen by the Pride of Birmingham judging panel, were honoured in front of a star-studded audience at the glittering Awards dinner at The Great Hall, Birmingham University in March.

They will also go forward to the judging process for the Daily Mirror’s Pride of Britain Awards, in partnership with TSB, which are screened on ITV in the Autumn.