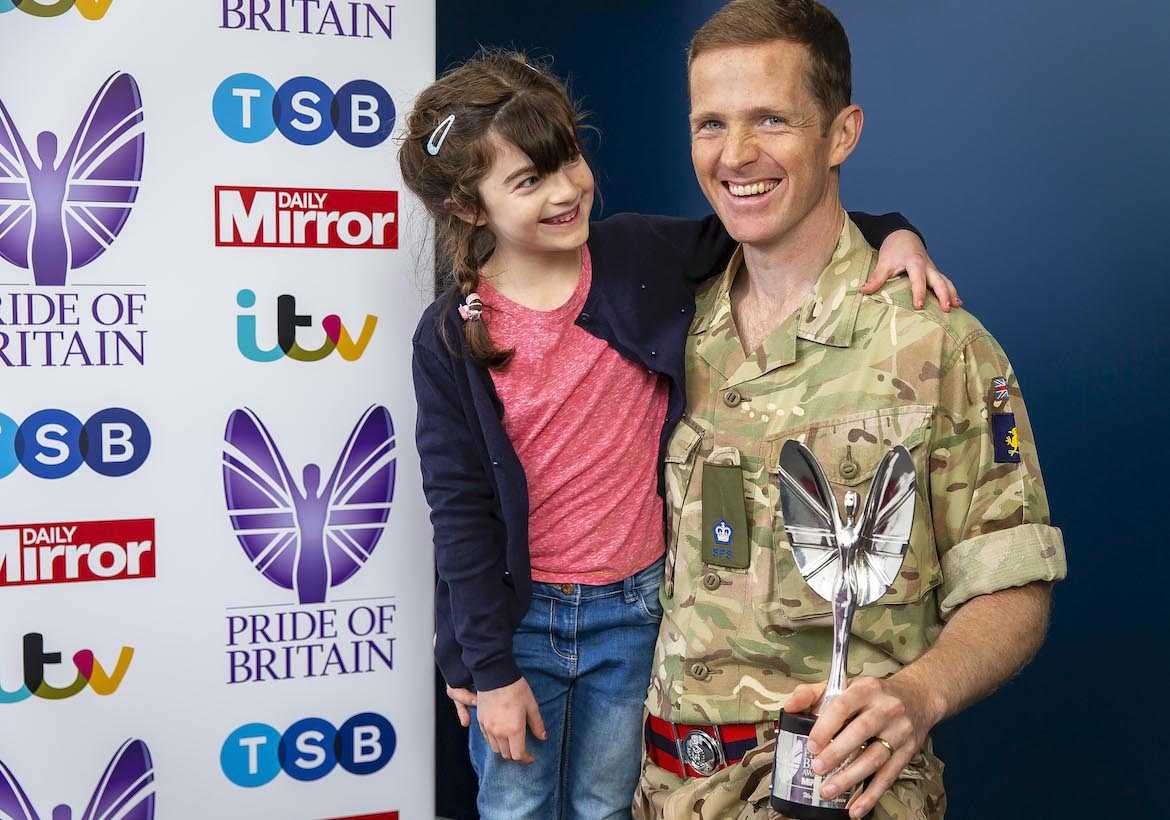 Doting dad walked barefoot from Land’s End to Edinburgh, to raise funds for a rare disorder, following his daughter’s diagnosis.

2020 has seen some incredible fundraising feats from young and old, which made choosing the winner of the ITV Fundraiser award more difficult than ever.
We had thousands of nominations from viewers of ITV local news programmes, which were carefully whittled down by judges in each area to 17 finalists - one from each ITV region.
Then the Pride of Britain judges had the tough task of choosing the overall winner, a doting dad who took on a remarkable feat for his daughter.
Major Chris Brannigan set out to fundraise when eight-year-old Hasti was diagnosed with a rare disorder – Cornelia de Lange Syndrome – which has no cure or treatment.
His plan was to walk barefoot, the 700 miles from Land’s End to Edinburgh. It took him 35 days and each night he slept in the tent he carried on his back. He set out to raise £50,000 but in total raised more than £500,000.
Halfway through his walk, he was joined by Hasti, as they dropped off a petition at Downing Street, asking for more support for children with rare diseases.
And Hasti was also on hand to present his Pride of Britain trophy when TV presenter Ore Oduba turned up at his army base in Hampshire to surprise him with the news he had won the ITV Fundraiser award.