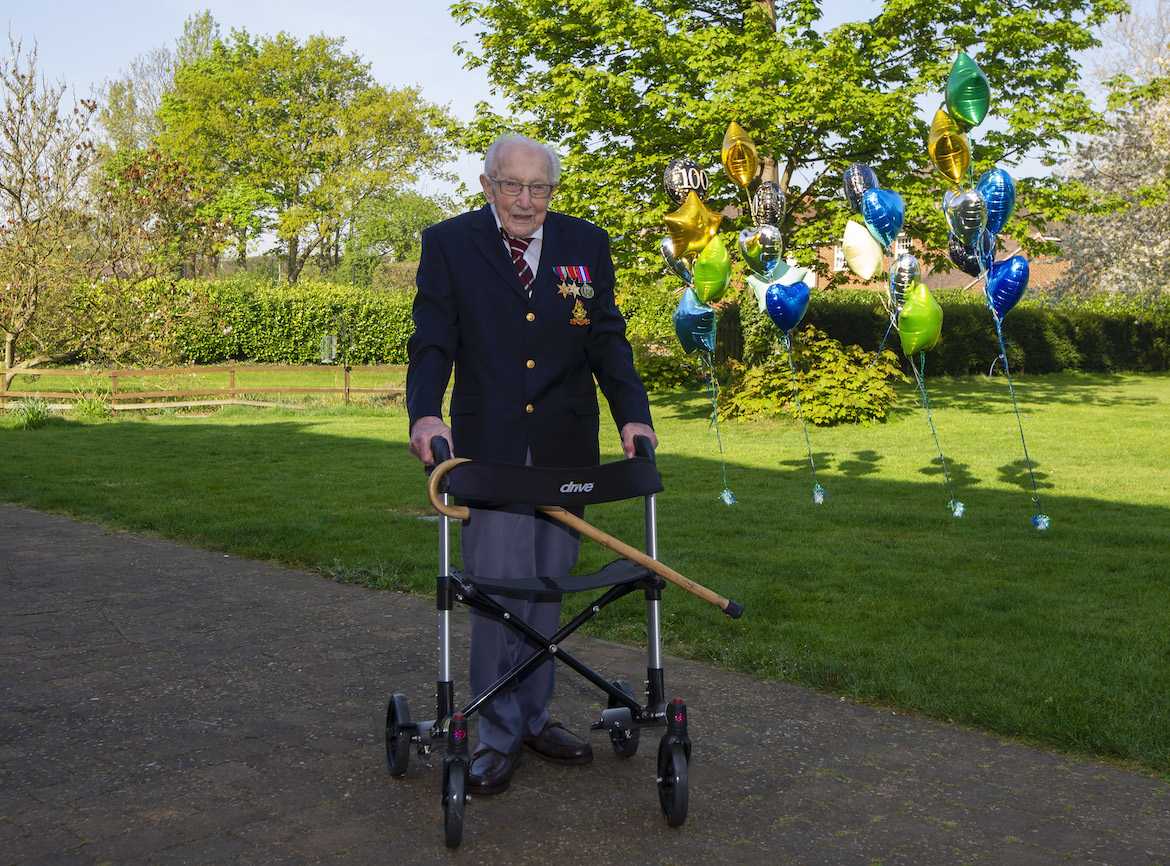 Captain Tom is the Pride of Britain

Captain Tom Moore has won a special Daily Mirror Pride of Britain Award for his astonishing fundraising walk that inspired the entire nation.
Captain Tom was told about his honour by Pride of Britain host Carol Vorderman in a live TV surprise on Good Morning Britain, that also featured stars including actors Dame Julie Walters, Michael Sheen and Sir David Jason and sporting heroes Anthony Joshua, Harry Kane and Joe Root.
The 99-year-old army veteran raised £27 million for NHS Charities Together by walking 100 laps of his garden in Marston Moretaine, Bedfordshire.
After receiving thousands of nominations for Captain Tom, Pride of Britain's awards research panel decided his achievement was so remarkable that they took the unprecedented decision to declare him as a winner before the traditional Autumn announcement.
Captain Tom's impact on the country goes far beyond the huge sum of money he has raised. He has been a beacon of hope for the entire nation during the coronavirus lockdown, inspiring us all with his positive message.
Telling him he has won a Daily Mirror Pride of Britain Award, in partnership with TSB, Carol said: "Tom, you've raised a quite frankly ridiculous amount of money, you have inspired everyone, young and old alike, and you've given us all something to smile about in these difficult times.
"And the other thing I love is that you've shown us all that being a bit older doesn't mean you have to be weak or vulnerable.
"You are the embodiment of what it means to be a Pride of Britain winner."
Speaking over video link from her own home because of social distancing rules, Carol added: "I can't wait to meet you and hand over your award in person."