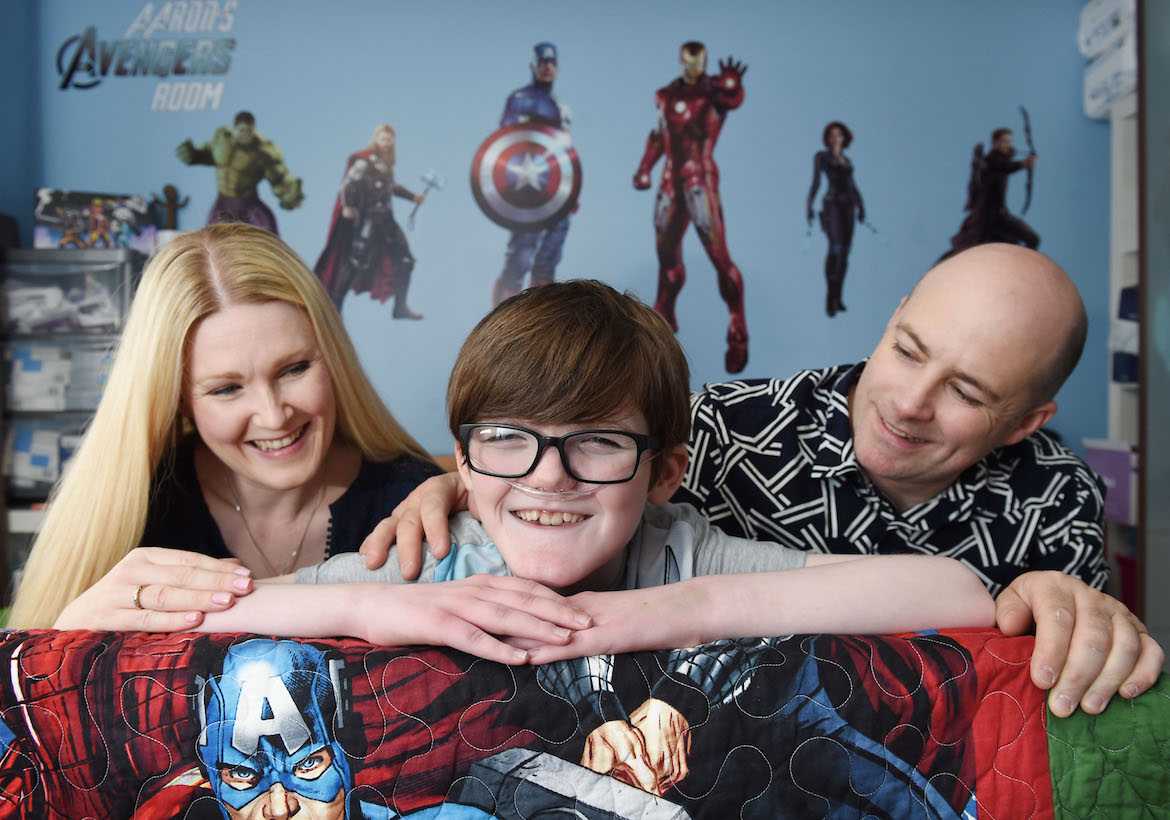 If Aaron could have just one superpower it would be the ability to time travel. The nine-year-old wants to fast forward to the future and bring back a cure for children battling the rare condition he’s had since the age of two.
Aaron has ROHHAD, an extremely rare and complex disease that affects the function of every single system and organ within the body. The disease causes previously healthy children to gain weight and develop breathing difficulties. There are just 100 known cases worldwide, 12 of which are in the UK.
Sufferers face a daily fight for survival and many patients die before they reach their teens.
When doctors confirmed Aaron had ROHHAD in January 2015, there was no test to diagnose it, little research into the illness and critically, there is no cure.
“It just took the feet from under us,” says Aaron’s mum, Elisabeth.
“We had two choices, continue to shut ourselves away or reach out to other families and try to do something about it.”
Months after being diagnosed, Aaron and his family founded the ROHHAD Association to raise awareness and money to fund research, as well as to offer support to other families and children with the syndrome.
After seeing the Ice Bucket Challenge to raise awareness of motor neurone disease on the news, Aaron asked his mum if he could do something similar.
He came up with the Muddy Puddle Challenge, where participants jump in puddles – something Aaron can’t do due to his condition.
He then made a video calling on his favourite superhero, Ironman – played by Hollywood star Robert Downey Jr – to do the challenge.
In the video, he said: “I don’t want any more of my friends to die. We need your help Ironman.”
The actor was so inspired by Aaron’s selflessness and desire to help others, he flew to Britain and met the schoolboy to do a Muddy Puddle jump.
Robert said: “As I got to know him more, I just got caught up in the spirit of his desire to help others like himself who have this extremely debilitating disease.”
Aaron has also come up with the Zero to Hero challenge and other local fundraising events in his home town of West Dunbartonshire.
The amount he has helped to raise now stands at £310,000, which will be used to fund medical research into a cure for ROHHAD.
Mum Elisabeth said: “Aaron is the epitome of what a hero should be. He inspires me every day to want to fund a cure because of how selfless he is and how much he puts himself out there to help others.”