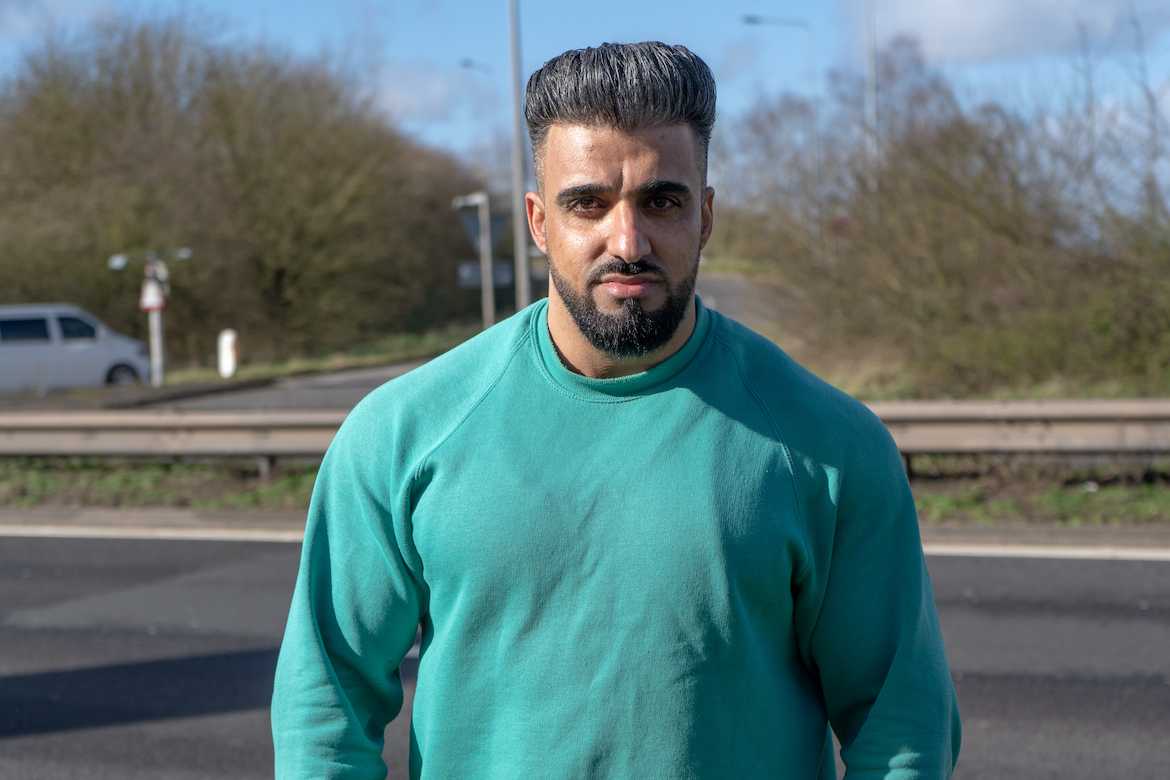 Motorist ran across a dual carriageway to rescue six people from a burning camper van before it exploded.

Gym owner Akam had stopped at a petrol station on the A38 in Fradley when he heard a loud bang. He ran to investigate and saw a camper van on its side in the aftermath of a crash on the slip-road.

The father-of-one dodged through oncoming traffic and ran across the dual carriageway. As he approached the vehicle, Akam was irritated to see people standing around with their phones out, filming as it started to catch fire.

Akam broke open the back doors of the camper but luggage and equipment was blocking the way. Instead, he jumped onto the side of the vehicle, and started pulling the six occupants out through a window.

He managed to get the sixth person out safely moments before a gas canister on board exploded.

Akam said: “The reason I didn’t give up was because many years ago I lost a cousin when his car got burned and I just thought that if someone had been there like I had, he could have been saved.”

Chief superintendent Jeff Moore praised Akam for risking his own life to save others. He said: “Your involvement prevented the matter being much worse and ensured those involved suffered only minor injuries.”