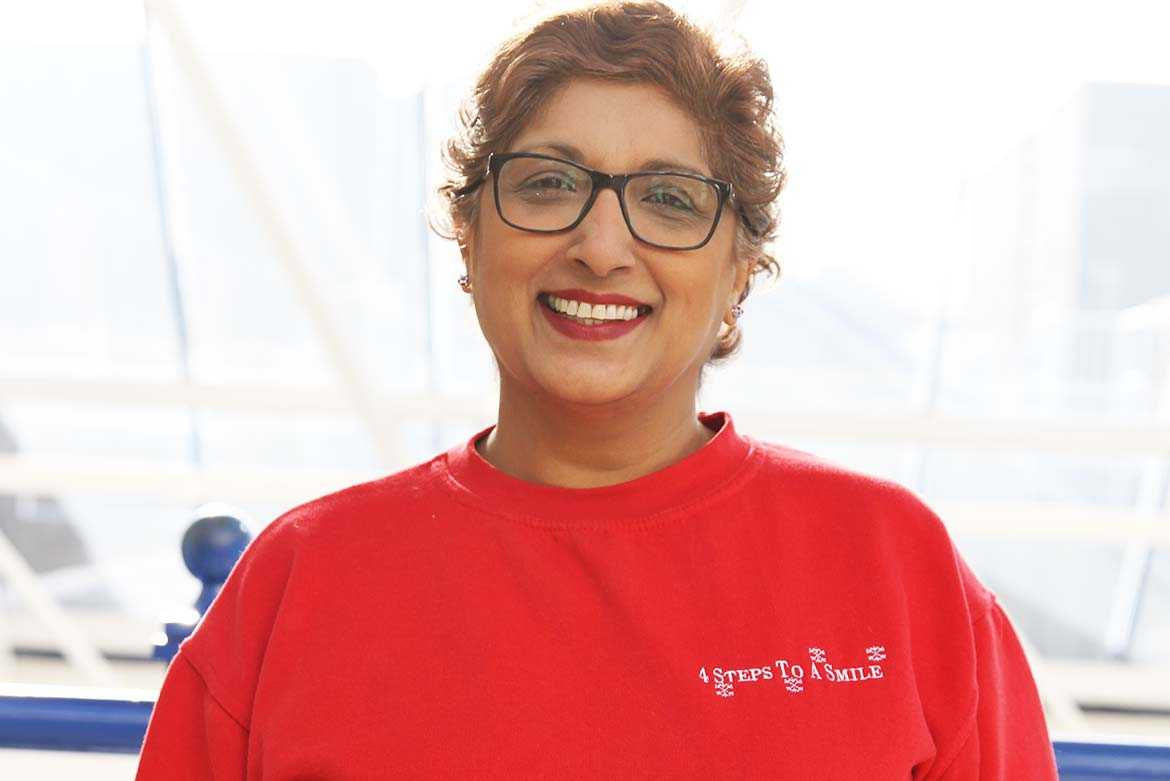 Linda Sand​har-Haynes, who survived more than 18 years of domestic abuse by her ex-partner, established 4 Steps to a Smile in 2004 to help women and children living in refuges.

In 2001 Linda visited women’s refuges in the West Midlands to find out how many children would be staying there over Christmas so that she could take presents in for them. She started collecting and fundraising and established 4 Steps To A Smile in 2004. It was granted charitable status in 2015, and last Christmas gave out more than 5,700 presents to children nominated by 90 social workers and 34 different charities across the West Midlands.

Children are asked what they would like for Christmas, and the present they ask for is written on a gift tag. Supporters are given a gift tag, buy the gift and then return it to the 4 Steps To A Smile collection centre in Walsall. The charity also provides essential items such as clothing and toiletries for vulnerable women, and offers help and advice to women living in abusive situations.

Linda, whose baby daughter died shortly after she was born, also delivers gifts to neo-natal units in the West Midlands.

“I lived through 18 years of mental and four years of physical abuse,” says mum-of-three Linda. “I ended up in a women’s refuge with just the clothes on my back.

“I remember feeling very vulnerable, and too worried to ask for shampoo or soap. When I got myself back on my feet, I went back to see if I could get anything – I didn’t have much but if I could buy everyone a chocolate bar, that would be enough.

“One year I turned up and they told me the lady who usually buys the Christmas presents for the children had had a heart attack, and asked me if I would be up for filling in. I’m always up for a challenge so I said ‘Yes’. It snowballed from there.”

“I try to think of things that I would have wanted when I was in a refuge,” says Linda.

“When people make donations, whether it’s clothes, toiletries or money, they know that their donation is going straight to someone in need.

“Once, we got a call from a social worker about a lady who was two weeks away from having a baby, but didn’t have a thing because she had just left an abusive partner.

“We put a message out on social media and within a few days we had a pram, a steriliser, a pushchair, and a pile of new baby clothes.

Now Linda, from Willenhall, has plans to open a drop-in centre for abuse victims in Walsall, and dreams of one day running her own women’s refuge.

“We say that we turn tears of sadness into tears of joy,” she says.

“Children in care of refuge can feel forgotten, so to get a Christmas present, a birthday present or an Easter egg can show them that someone out there cares, and that the world has good in it, too.

“It gives them faifth in humanity and shows them, after they have been through so much, that not everybody is the same.”

If only there were more people in the world like Linda!