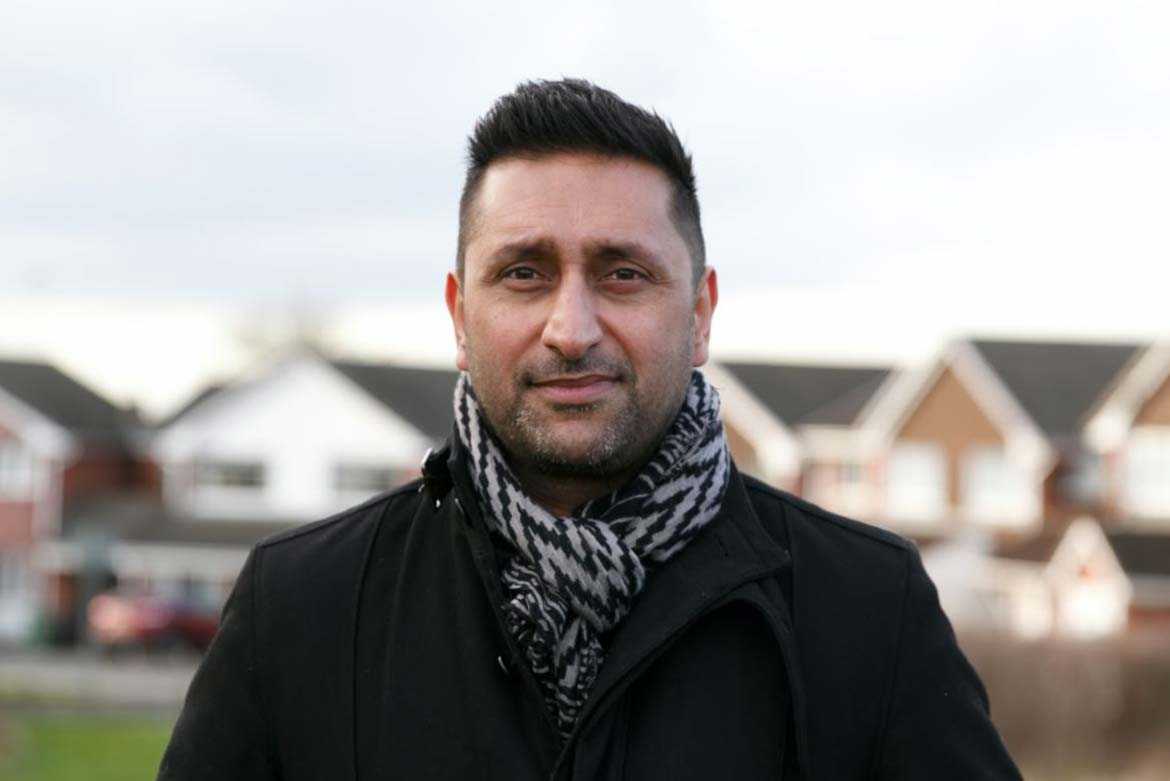 Harry, from Great Barr, was on holiday in Barcelona last August when a terrorist drove his van into pedestrians on Las Ramblas, killing 13 people and injuring 130.

He was eating lunch on a first floor terrace in a restaurant when the terrorist struck and was not in any immediate danger himself.

But when he saw the attack unfold, he rushed into the street to help a stricken young boy, despite being warned by police to flee to safety in case the attacker returned.

The brave dad was repeatedly told to move but he refused to leave the child. Harry said ‘He was unconscious. I was checking for a pulse and he didn’t have one. I was stroking his hair and in floods of tears but I stayed with him, I sat there because I was not going to leave this child in the middle of the road.

“The police were telling me to move but I would not leave him. All the time I was thinking the terrorists could come back but I was not leaving that child. To me, he looked like my own son. He was my son’s age, seven or eight. I just ran my hands through his hair, it was about comforting him.”

Harry waited with the boy for up to ten minutes until paramedics came to tend to him. It was later confirmed he had died in the attack, and he was identified as Julian Cadman, a seven-year-old with dual British and Australian nationality, who was in Barcelona with his mother for a family wedding.

“At that moment you have a split second to decide what you’re going to do,” says Harry, who has two sons, Deirnn, 19, and Khye, aged eight.

Project manager Harry had only just arrived in Barcelona with his sister Kinde Dehr and a group of friends an hour before the terrorist struck on August 17, 2017.

The 45-year-old had visited the city with his wife Harjinder and two sons the week before to celebrate his youngest son’s eighth birthday.

Since the incident, Harry has been in touch with the boy’s grandparents, Noreen and Tony Cadman, who have thanked him for his heroic actions.

Now, he says he hopes one day to meet the family, although his admits he regrets that he couldn’t save Julian’s life.

“I have two regrets,” he admits. “One is that I couldn’t save Julian. The other is that I couldn’t prevent it. If I had have been further down Las Ramblas then I would have chased him, and I wouldn’t have stopped until I caught him. The police tell you to run, hide and inform. My answer to that is how long can we hide for? We have to stand up and we have to make a stand.”

Out of the hundreds of people at the scene that day Harry was the only one to put himself in danger to help young Julian, his efforts are kindness are quite outstanding.