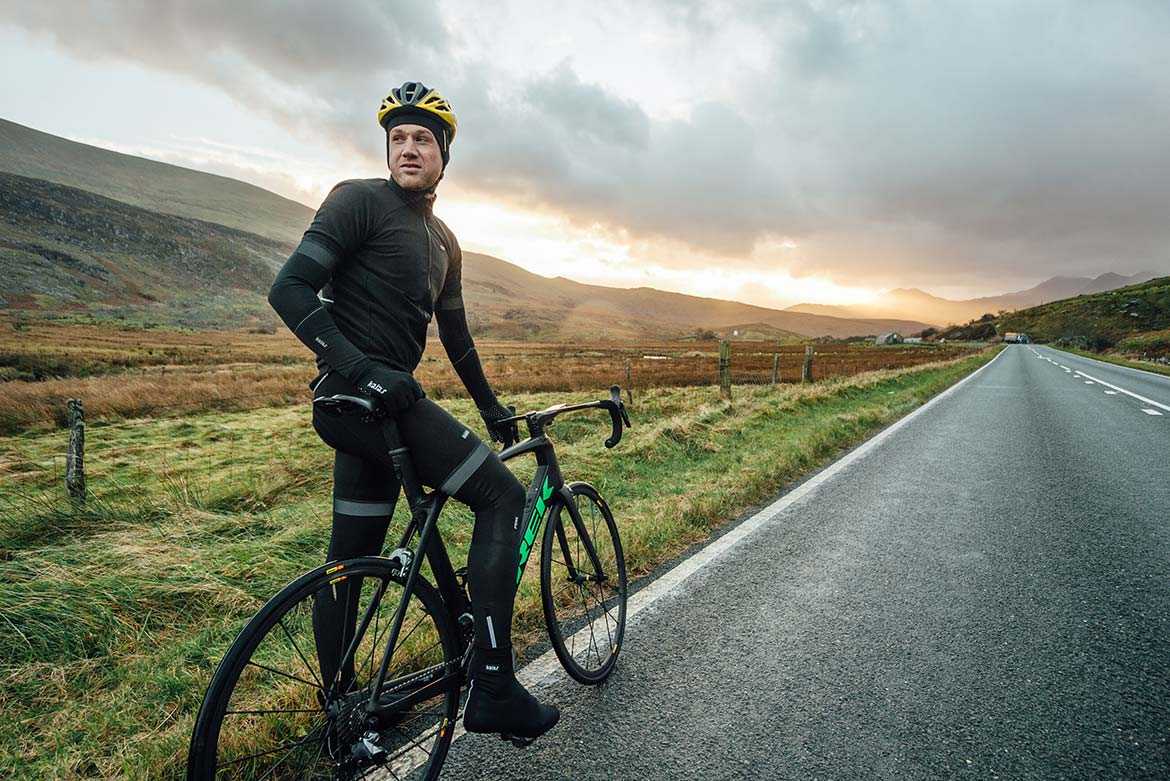 Fundraiser of the Year - James Golding

James was a successful businessman in his 20s when doctors found a large tumour between his spine and kidneys.

His weight dropped from 14 stone to six stone and he lost the ability to walk.  He was given a 5% chance of surviving, went into cardiac arrest during surgery and spent two weeks in a coma before having to learn to walk again using a frame.

But James certainly wasn’t going to give up and determined to give something back to the medics who had saved his life, he decided to take on long-distance cycling challenges, despite never having ridden more than five miles round his local reservoir. Since then James has raised more than £3 million for charity and has ridden across the US, Mexico, Spain and France, pedalled from London to Paris six times, as well as John O’Groats to Land’s End. He has completed the gruelling Haute Route, across the Alps, Pyrenees and Dolomites, eight times – more than any other Brit. On one trip across the USA, he was knocked off his bike by a lorry, and he has also had to battle cancer for a second time.

James, from Rugby in Warwickshire, said: “The first tumour was the size of a grapefruit but the second was a ping pong ball so I knew it couldn’t be as bad.”
Last summer, James broke the world record for the longest distance cycled in a week - 1,766.2 miles in seven days.

James told us about how he managed to get through the dark days “I was surviving a bit at a time. There were times when all I wanted to do was cry. I just wanted it to end, and for my mum and friends to just let me go.” He added “At one stage I couldn’t even lift my own head off the pillow. My only goal was to be able to go to the toilet on my own. Then, once I was home with my mum and my nan, the next goal was to be back home on my own.”

James began setting himself daily challenges, like walking to town to get a pasty.

Meanwhile, he was told his tumour was shrinking and he was officially discharged in July. After borrowing his lodger’s bike for a cycle round a reservoir, James started setting himself bigger challenges to give back to those who had helped him recover.

He told us “I met people on my trips who have totally changed my perspective. When I was riding through the Alps there was a 65-year-old man who was the first to leave every morning, and the last person to complete the leg at night. We did six Tour de France climbs in three days, and he dragged himself out every day and sucked it up. If you want to cycle, or write a novel, or swim the Thames, you can do it if you are realistic about the amount of training. You can do anything.”

In 2011 a routine scan revealed that James’s cancer had returned and a new tumour had grown back in the same place.

“It was a really tense time,” he admits. “There was a lot of risks, and it took five months to find a surgeon who was prepared to do the surgery. I remember meeting him, and him giving me a look, and saying ‘I don’t want to do this operation’.”
Medics finally agreed that surgery was his only option, and two weeks after the tumour was removed his son Freddie was born. That was another miracle – James and his wife Louise had been told that they would never have children.

“They said there was more chance of the moon hitting Earth than me having children, because of the chemotherapy. So when my wife told me she was pregnant I had no idea how I was going to deal with being a parent.”

Now James, who does inspirational talks around the UK, has been cancer-free for six years and in undergoing annual check-ups to monitor his health.

“The more days I endure and the further I get into it, the more I come to life,” he says. “I want to plant the seeds of thoughts, and let them grow.

“Now I’m encouraging people to take on cycling challenges themselves.”

But despite raising millions for charity, James says he was shocked to be named Fundraiser of the Year at the Pride of Birmingham Awards.

“When I got the phone call, I was absolutely gobsmacked,” he says. “I never set out to be a huge inspiration. I set out to recover and to make a difference.

“I’m collecting the award of behalf of everyone who has helped me through this process. All I do is ride the bike.

“I want to show people that we are all capable of amazing things. You have to dream big and have big ambitions and you can achieve your dreams.”

What an incredible man!