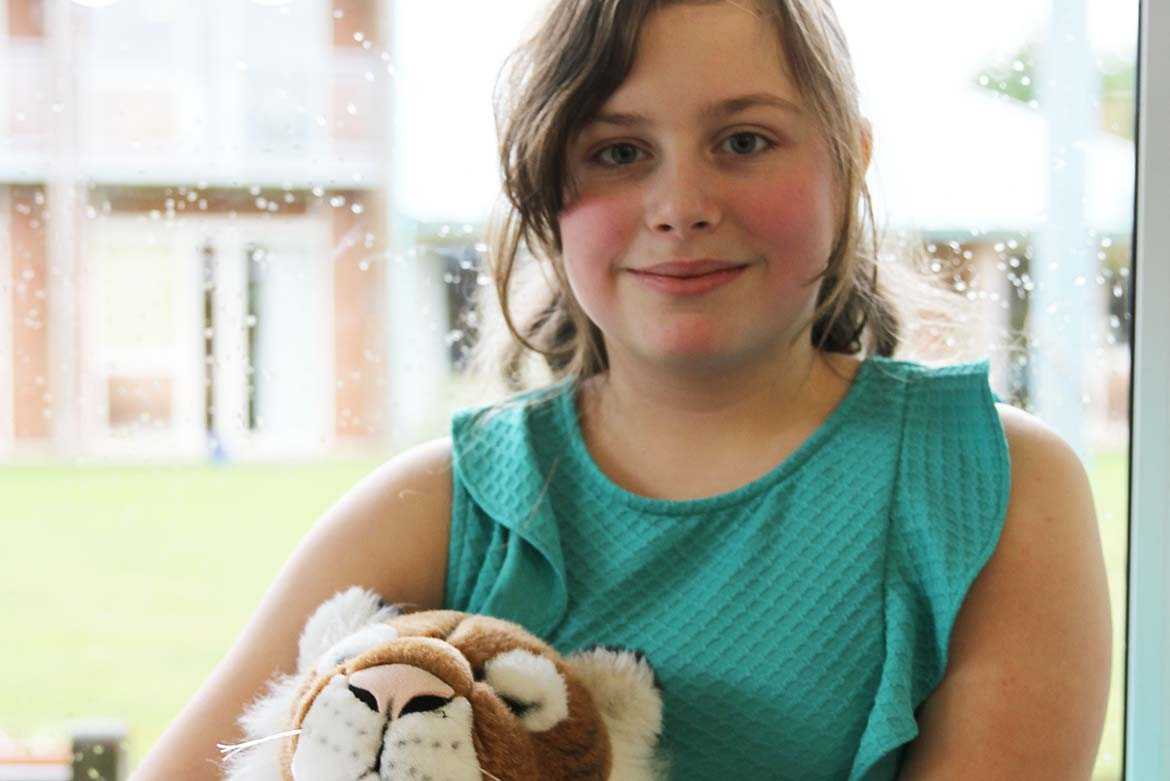 Tilly’s brother Henry was born at Birmingham Women’s Hospital with a serious genetic disorder in April 2016.

When it became clear that he would be unable to breathe unaided, doctors gave his family the heartbreaking news that nothing could be done to save him.

The family was referred to Acorns Children’s Hospice, and his courageous big sister Tilly planned how she would spend her last day with her baby brother - filling his final hours with love and happiness, as well as supporting Acorns Hospice fundraising campaign.

Tilly had formed an instant bond with Henry and would rest her head on the baby bump and talk to her brother even before he was born. Her mum Kelly was always honest with Tilly about Henry's health problems, and when it became clear he would not survive, the pair talked about how they would spend his final hours.

“Tilly had drawn up a list of all the things we wanted to share with Henry in the time he had left," said Kelly. “We had a picnic and Tilly played him the musical instruments in the garden. Then we came in for a bath. Then Tilly cuddled him on the jelly bed in the sensory room. None of it was rushed, it was lovely.”

Finally, Henry was taken off his ventilator and the family went for their first swim together. Afterwards, he was dried and changed, and fell asleep in his grandad’s arms. Tilly had one last cuddle before she went to sleep at 11.20pm, and 30 minutes later, Henry took his last breath in his mother’s arms.

The family bravely agreed to share their story to help Acorns’ Christmas fundraising appeal, with Tilly appearing in a video to promote the campaign.

Caring Tilly Barker made sure the last day of brother Henry’s life was filled with love and happiness and she is truly deserving of our Child of Courage Award.

“When Tilly found out she had won she was lost for words for the first time,” says mum Kelly, who lives in Malvern. “She was like a little bottle of champagne ready to explode. I can’t describe how proud I am of her. It just melts my heart. She’s always been so selfless, and she is always the first person to offer help if someone is in need.”

She added “Part of Henry will always be with Tilly. She has a necklace that has his ashes in, and so he’ll be with her on the night.”

Well done Tilly, kindness is everything.