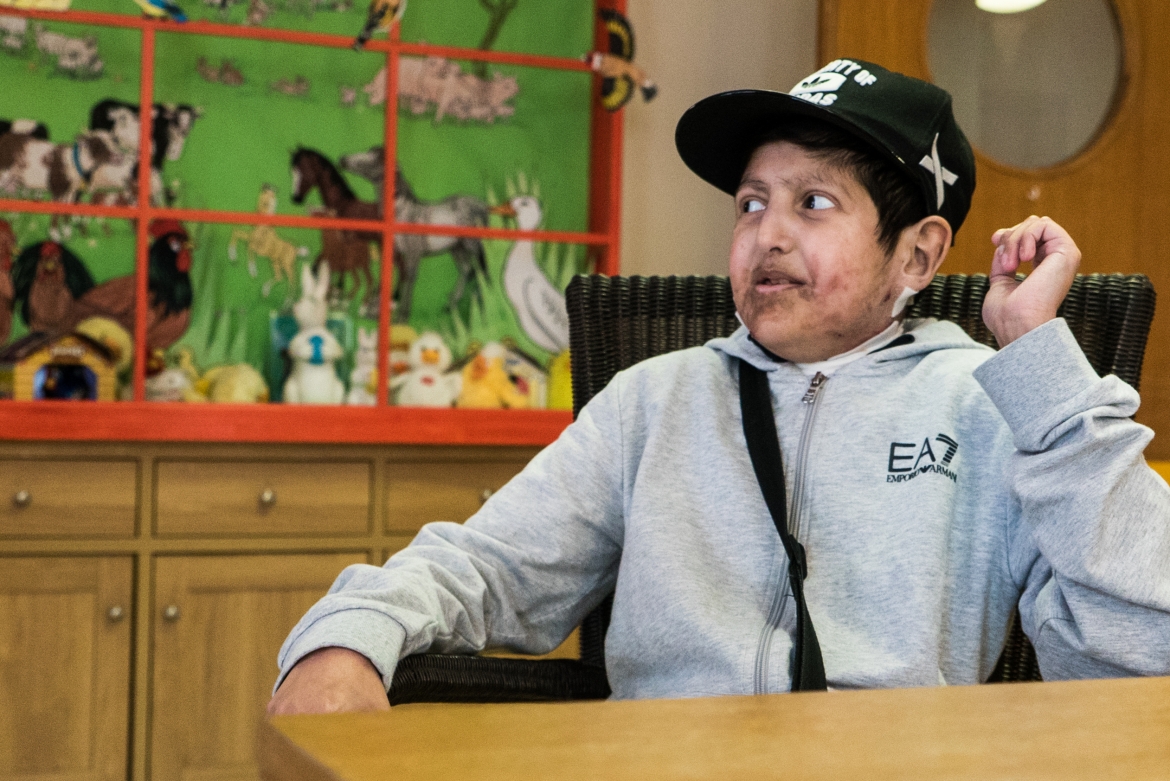 Inspirational teen Moin Younis was the toast of the city after winning a Pride of Birmingham Award.

The Handsworth youngster was named as a Teenager of Courage for refusing to let serious illness stop him campaigning to help others.

Moin suffers from an agonising and rare genetic skin disorder, Epidermolysis Bullosa, which causes his skin to blister or bleed with the slightest knock.

It means that Moin, 17, from Handsworth, has to be covered in bandages every day, and cannot take part in activities most other youngsters his age take for granted.

Despite this, Moin inspires everyone around him, and across social media, with his incredible positive attitude as he refuses to let his daily problems and pain get in the way of fulfilling his dreams and ambitions.

He recently became a Young Ambassador of Acorns Hospice, which has helped look after him since he was a baby, giving him a say in the way the hospice provides its care. He also inspires other children with serious illnesses by offering them his advice and support.

Pride of Birmingham, in partnership with TSB, honours unsung heroes of all ages who do extraordinary things to help others.

Moin received his Award at a star-studded dinner hosted by TV presenter and campaigner Katie Piper, and attended by some of the region’s biggest stars.

The judges said: “Moin suffers terrible pain every day, but he is the most incredibly positive character.

“The way he looks out for and helps other seriously ill children at the hospice is absolutely fantastic. He is an inspiration.”