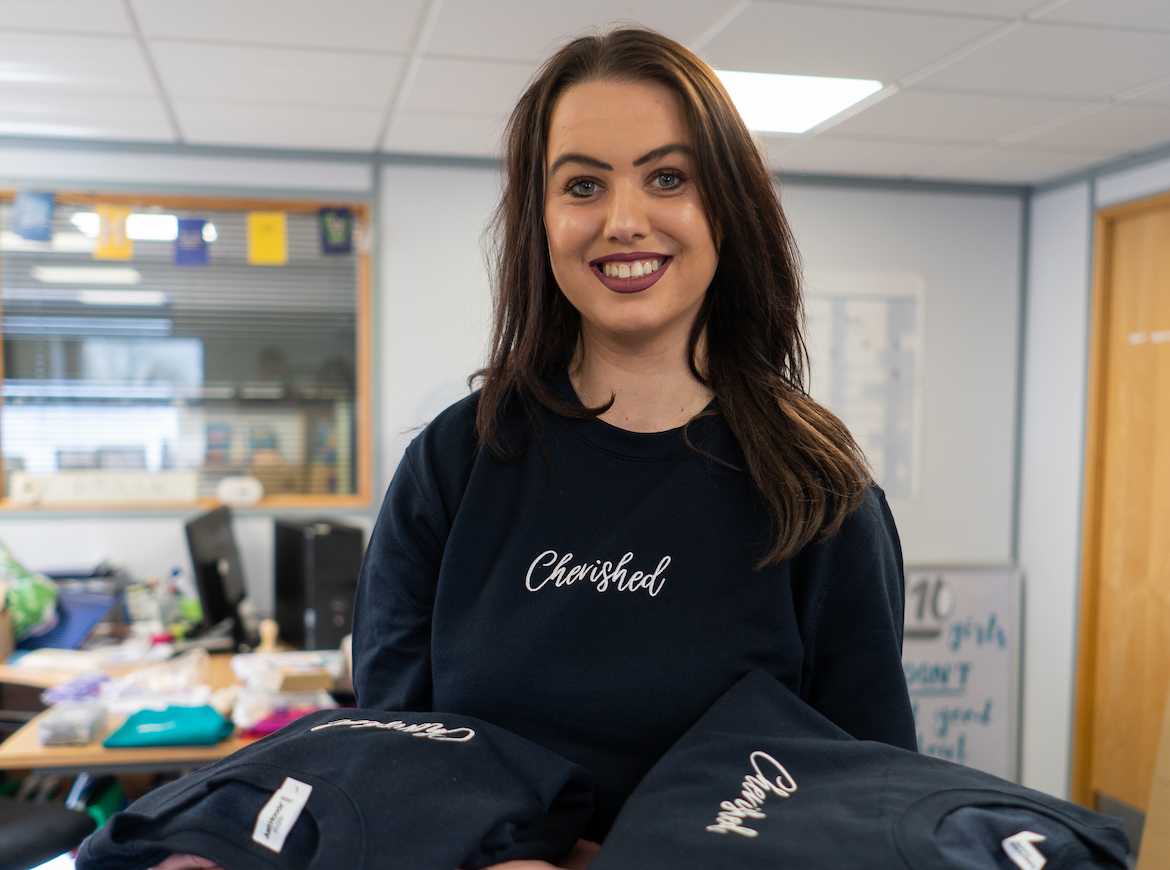 Driving force behind an inspirational charity to provide mentoring and support to help young people achieve their potential in life.

As a teenager, Hannah Simnett struggled and often wished there was someone she could talk to about the problems and challenges she faced.

Today, thanks to the remarkable charity she set up, young people across Birmingham and beyond know there is always someone ready to listen.

Hannah was just 18 when she founded Cherished in Sutton Coldfield, and now, 10 years later, it works with hundreds of children and teenagers in more than 60 schools.

They are empowered to deal with issues such as low self-esteem, body image, bullying and relationships through an inspirational mentoring scheme.

Cherished recruits women from across the community to train as mentors and work with girls aged between four and 16, including those referred by the police, social services and schools. There are also projects for boys, inspired by the birth of Hannah’s son.

“I wanted to turn the negative experiences I faced into a force for good,” explains Hannah. “I faced some really dark times and suffered poor mental health - I would have loved to have had a mentor at school.”

She adds: “I really believe that you can either have a pity party for 20 years or think how to make a difference in people’s lives. It’s not about some special formula it's just about connections and relationships.”

Hannah’s extraordinary impact has now been recognised with a Pride of Birmingham Award and she says her whole team deserves praise.

She says: “Obviously the award has got my name on it but it’s a team effort. I can do alot on my own but I can’t do half as much without my team on my side. The trophy is not going on my mantelpiece - it’s going in the office.

“I do feel touched that people have got on board with the vision I had at 18. I don’t feel like I go to work, I have found what my purpose is. But it hasn’t come without its challenges, Cherished would not have been here if I had not gone through pain.”

Cherished works in schools and centres for children removed from mainstream education. “I wrote a training programme and trained my team up as mentors to go into those schools and make a difference, build relationships and show compassion,” explains Hannah.

“When we are in schools, we see a lot of children not being treated well. They are emotional and have wounds, are in pain and that is coming out in their behaviour. So we are very much about trying to work out why they are displaying that behaviour.

“We don’t use buzzwords, we don’t tick boxes, we just make decisions that put the child first. That is at the heart of everything.”

In ten years she has seen the issues that young people face change - with social media the backdrop to many problems today.

Cherished has around 170 volunteers, people from different backgrounds, ages and religions. Many enjoy the work so much, they stay for years.

“They are not even being paid, but ten years on many are still with me,” says Hannah.

For the first time last year Cherished started working with boys as well as girls.

For a long time Hannah felt she could only identify with girls but all that changed when she gave birth to son Abel three years ago.

“Abel has inspired me to launch something just for boys. His dad left when he was a little baby around the same time my mum had died. I was left with this tiny baby and thinking that I did not imagine this for my life. It was hard. I looked at my son, knowing the power of not having a role model.  Every boy needs this.

“So when someone suggested again that I set up a boys project, I said, ‘damn right I will. I lay in bed that night and thought about what I wanted and that was building something around building relationships, opportunities, aspirations and resilience. That is where the acronym ROAR came from for the new group.

“We are going straight for the jugular, and reaching out to boys as young as eight, because right now they are joining gangs and moving drugs from one city to another city because they get a sense of belonging and are getting money so they can look good and feel that sense of worth. If we can help give them positive self-esteem from a young age and make them feel safe maybe they won’t go down that route.”

After Hannah issued a social media appeal for male volunteers, she was inundated with offers.

Lockdown put a temporary halt to their work. But recently they were able to engage with 40 young boys through a programme called ‘I am Able’ named after her son. It aims to teach the boys about what it means to be a man.

Hannah has no plans to slow down. “My dream is to have a school, an academy where children who struggle to do school can come to us and we become a centre of excellence showing how children should be treated with kindness and compassion.”