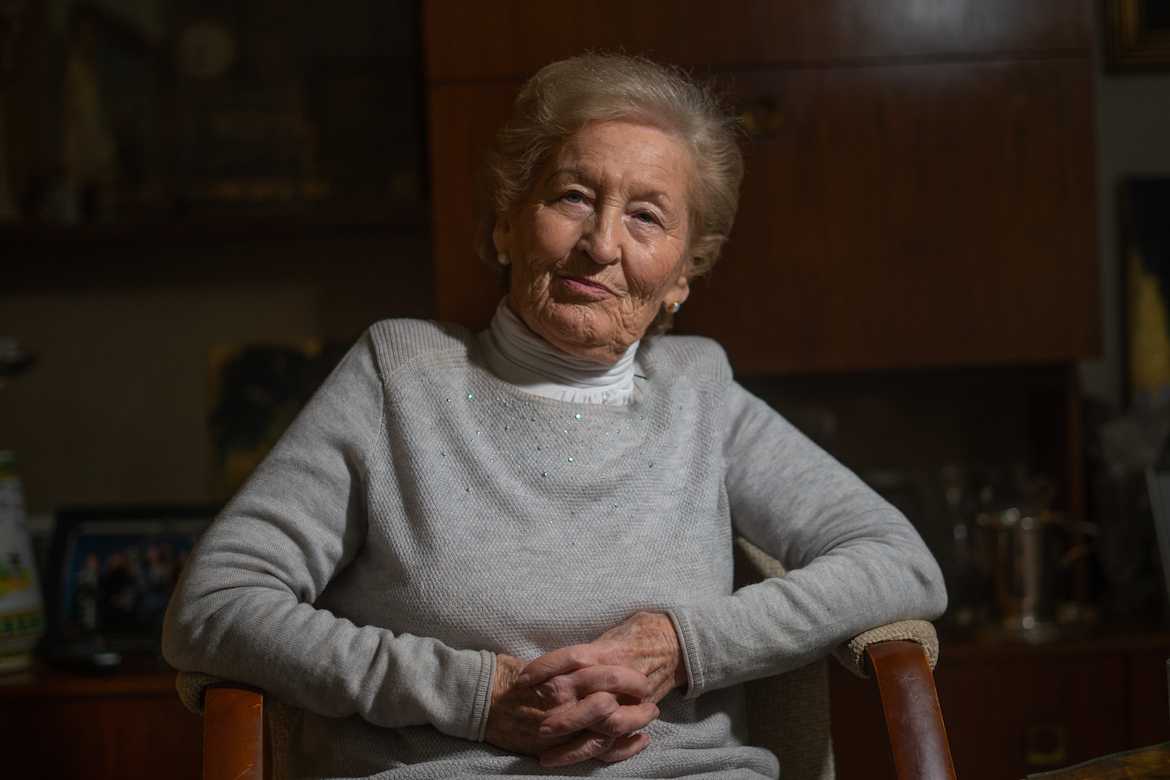 Holocaust survivor has spent the last two decades giving talks to young people urging them to love one another and be more tolerant.

Born in Czechoslovakia, Mindu arrived at Auschwitz with her mother, brothers and sister Eva in a cattle carriage in 1942. “When we arrived at the camp there were 70 of us, all women, mothers and children, in the wagon,” she recalled.

“There was an immediate air of shock and panic, and SS guards set out to disorientate and scare you. A Polish man, in striped uniform spoke Yiddish to my mother and told her to send us ahead, and say we were 17 and 19. We never saw her and my brothers again. Looking back he saved our lives.”

Mindu and Eva were sent to work as slave labourers in a munitions factory. After the war, she came to the UK as a refugee, moving to Birmingham, where she later married. For 40 years she was unable to talk about the horrors she faced. But eventually she resolved to share her personal story so that future generations could learn from the mistakes of the past.

Now 90, she works with the Holocaust Memorial Trust and the Anne Frank Trust to give talks and teach young people to appreciate each other’s faiths and beliefs.

The Daily Mirror Pride of Britain Awards, in partnership with TSB, celebrate the achievements of truly remarkable people who make our world a better place. Nominations are now open for the 2020 Awards. Our amazing winners will be celebrated in a star-studded prime time special on ITV in the Autumn, packed with emotional moments and hilarious celebrity surprises.